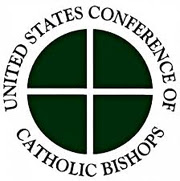 (USCCB)  Pope Paul VI issued the Vatican Council’s declaration about other world religions, Nostra Aetate (“In our time”), marking a key milestone in the relationship between the Catholic Church and Judaism. As the 60th anniversary of this prophetic document approaches, the U.S. Conference of Catholic Bishops’ (USCCB) Committee on Ecumenical and Interreligious Affairs has issued a statement urging all believers in Christ once again to decry all “hatred, persecutions, displays of anti-Semitism, directed against Jews at any time and by anyone.” (Nostra Aetate, 4).
The full Committee’s statement follows:
“More than ever, members of the Body of Christ must now become aware of their spiritual ties to the Jewish people chosen first to hear the Word of God. In his letter to the Romans, Saint Paul spoke of the Church as wild shoots grafted onto an olive tree, that is, the Jews. He cautioned: “you do not support the root, the root supports you.” (Rom 11:17-24) As a result, the Church must take care to protect that same root from which she continues to draw sustenance as all await in varied ways the coming of the Messiah. (cf. Nostra Aetate, 4). The rising trend of antisemitic incidents has become even more painful in light of the Church’s relationship to the Jewish tradition and our connections to the Jewish people in dialogue and friendship.
“Beginning with the leadership of St. Paul VI, who guided the drafting and approval of Nostra Aetate through the Second Vatican Council and continuing without interruption to the present day with Pope Francis, the Catholic Church has continually fostered and recommended ‘that mutual understanding and respect which is the fruit, above all, of biblical and theological studies as well as of fraternal dialogues.’ (cf. Nostra Aetate, 4)
“Over the last six decades, the USCCB’s Committee on Ecumenical and Interreligious Affairs has been proud to build partnerships with the National Council of Synagogues, the Orthodox Union, and the newly established Modern Orthodox Group, promoting those positive relations so encouraged by the Council. In each of these exchanges, leaders in the Catholic and Jewish faiths have learned to encounter each other in a spirit of good will and a sincere desire to encourage our respective faithful to live together in a society increasingly diverse in its racial, ethnic, religious, and political makeup.
“Today, however, these same lessons are being challenged by the re-emergence of antisemitism in new forms. Outraged by the deeply hurtful proliferations of antisemitic rhetoric, both online and in-person, and the violent attacks on Jewish individuals, homes, and institutions, we wish to convey our sincere support to the Jewish people. As Pope Francis has stated, ‘A true Christian cannot be an antisemite.’ (Address to Members of the International Jewish Committee on Interreligious Consultations, June 24, 2013).
“We must remain ever vigilant of the various ways in which these dangers arise. In unequivocal terms, we condemn any and all violence directed at the Jewish people, whether motivated by religious, racial, or political grievances. We furthermore denounce any rhetoric which seeks to demonize or dehumanize the Jewish people or Judaism as a religious tradition. We continue to remind ourselves of the shared spiritual patrimony that remains the foundation of our relationship with the Jewish people. We affirm that the Jewish people cannot be held responsible for the death of Christ or be depicted as rejected or accursed in theological discourse. It must always be remembered that Jesus, Mary, and his apostles were all Jewish. Finally, we remain firm in our dedication to a just political solution - a secure and recognized Israel living in peace alongside a viable and independent Palestine.
“As partners and neighbors, we seek to foster bonds of friendship between members of the Body of Christ and the Jewish people. With this in mind, and in light of the upcoming 60th anniversary of Nostra Aetate, we recommit ourselves to broadening the implementation of the teaching found within that prophetic document. In the nearly six decades since the promulgation of Nostra Aetate, the relationship between the Church and the Jewish people has continued to grow and strengthen with mutual respect and admiration. May God continue to bless us with a renewed friendship and a mutual understanding that one day will allow us to address the Lord and stand as brothers and sisters to serve him ‘shoulder to shoulder.’ (Soph. 3.19).”
Members of the Committee for Ecumenical and Interreligious Affairs:
Most Reverend David P. Talley, Chairman
Bishop of Memphis
Most Rev. Joseph C. Bambera
Bishop of Scranton
Most Rev. David D. Kagan
Bishop of Bismarck
Most Rev. Denis J. Madden
Auxiliary Bishop of Baltimore
Most Rev. Jeffrey M. Monforton
Bishop of Steubenville
Most Rev. Wm. Michael Mulvey
Bishop of Corpus Christi
Most Rev. Mitchell T. Rozanski
Archbishop of St. Louis
Most Rev. Alfred A. Schlert
Bishop of Allentown
Most Rev. Peter L. Smith
Auxiliary Bishop of Portland in Oregon
Il sismografo ore 18:30
Condividi
‹
›
Home page
Visualizza versione web