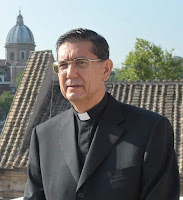 A Vatican cardinal said on Friday he was "disgusted" by the anti-Semitic abuse of an 89-year-old Italian senator and Holocaust survivor who was given police protection after receiving death threats. Segre, a survivor of the Auschwitz extermination camp who was made a life senator last year, had called for a parliamentary commission to investigate hate, racism and anti-Semitism. Her proposal was backed in a vote last month by most of Italy's main political parties. But right-wing groups abstained, including the League party which was part of the ruling coalition until September and former Prime Minister Silvio Berlusconi's Forza Italia, arguing that it could criminalize nationalist rhetoric as hate speech. (...)
Il sismografo ore 08:07
Condividi
‹
›
Home page
Visualizza versione web